Why “DESIGN ME A PLANET” : http://integralleadershipreview.com/7592-why-design-me-a-planet

Why "DESIGN ME A PLANET" 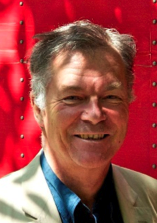 Michel Saloff-Coste
After thirty glorious years crashing in the late 70s on the first oil shock, we had 30 years during which we have sunk deeper and deeper into economic, social and ecological crisis. Economic demography stumbles because we are already on the limits of the planet. We know this, in part, because social inequalities are now back to what they were in the nineteenth century. Also, the ecology has undermined biodiversity and accelerated global warming. Right in the desire to free all, the initiative remains locked in a neoliberal stance too insensitive to social dislocation and ecological crisis. We cling to growth in developed economies as the sole engine of development without offering a real solution for the economic and social crisis.
The Left has embraced the struggles of minorities towards more freedom, but left to disintegrate the old social contract without proposing a new one. The middle class emerges today impoverished, while misery engulfs the poorest. Environmentalists for thirty years have continued to warn people about the risks of industrial development and the intrinsic limits of the planet. Defenders of endangered species have some difficulties to propose an economic and social project credible, exciting and compelling for humans! The growing importance of real environmental problems, while giving them a renewed legitimacy, has faced increasing shortcomings in terms of societal projects.
http://integralleadershipreview.com/7592-why-design-me-a-planet