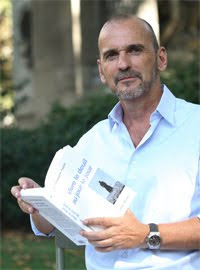 "Occupy Wall St." is a spontaneous uprising of citizens. It is both a protest against corruption, poverty, homelessness, and greed as well as a call for citizens to come together to build a better world. For many, this is a '100 percent movement' that recognizes we are all in this time of change together and no one can be excluded from a respectful contribution to the conversation of democracy.

Emphasizing that the 'Occupy' gatherings are an attempt to reclaim citizen participation in our democracy, the Los Angeles City council passed a resolution that, "...the 'Occupy' demonstrations are a rapidly growing movement with the shared goal of urging U.S. citizens to peaceably assemble and occupy public space in order to create a shared dialogue by which to address the problems and generate solutions..." Former president Bill Clinton commented: "The Occupy Wall Street crowd basically is saying, '...There's something wrong with this country. This is not working for me. So I think it can be a good positive debate."

How can citizens express their frustrations, disappointments, and anger, as well as a sense of promise and untapped potential? Virtually all of the issues facing our democracy issues are fundamentally communication issues. Not surprisingly, at the foundation of much unrest and frustration is the inability of citizens to communicate, both with one another and with our elected leaders.

Power in a democracy is the power to communicate and mass communication in the United States and most of the world is dominated by one medium -- television. To put the power of television in perspective, the average person in the United States watches roughly 4 hours per day. Importantly, the amount of TV viewing time is not declining with the growth in Internet use. Surveys show that most people still get most of their news about the world from a single source -- television.

To emphasize the current role of television is not to diminish the critical role of the Internet. These are synergistic, not competing technologies. Television has a broad reach but tends to be shallow whereas the Internet has penetrating depth but its reach tends to be narrow. Importantly, the 'new media' of the Internet is serving a vital role in organizing people so they can occupy the 'old media' of television and the airwaves. Combined, they offer a powerhouse of communication that is transforming the conversation for our future.