Draft of the Club of Budapest Declaration

wars, terrorism and nuclear brinksmanship; peaking or exhaustion of non-renewable

approximately 80 million; increase in world poverty, homelessness and famine in

absolute numbers; growing gap between wealthy and poor both within and between

nations; and other interrelated macro-trends, provides growing and indisputable

rapidly moving to the breakdown of currently operative societal and ecological systems;∗

AND WHEREAS notwithstanding these global-scale crises facing the human

community, the thinking and actions of the majority of political and business leaders

remain fixed - on the short-term rather than the long-term; on national rather than global

priorities; on self-interest rather than community interest; on confrontation and

militarization rather than cooperation and dialogue; on the values and consciousness of

the 19th century rather than the 21st century; on maintaining the status quo of 'business

as usual' rather than shifting to urgently needed new economic, energy and social

needed national and world leadership in the mainstream of politics and business, we

hereby issue this urgent call for action, as a “State of Global Emergency Declaration", on

behalf of and for the benefit of all the People of the World.

humanity have shrunk from the end of the century to mid-century, then to the next twenty

years, and recently to the next five to twenty years. For example, it was predicted that

the Earth’s average temperarure will increase by about 3° Celsius by the year 2100, then

it was said that this level of increase will come about by the middle of the century, and

lately that it could possibly occur within a decade. The figure for overall warming has

been increased from 3° C to 6° C or higher. Global warming of 3° C would cause serious

disruptions to human activity, while a 6° C rise would be a ‘global breakdown’ making

most of the planet unsuitable for human life.

These predictions, however, take only one trend into consideration: global warming;

as the feedback loops within them. When one trend reaches a critical point its impact on

other trends can be very significant. For example, if global warming creates prolonged

drought in some areas and coastal flooding in others, starving and homeless masses will

reasons. Predictions coming from the physical sciences foresee disturbances in the

geomagnetic, electromagnetic and related fields that embed the planet causing

significant damage to telecommunications and impacting many aspects of human

activity and health. For the esoteric traditions the end of 2012 will be the end of the

known world, although the more optimistic intepretations speak of a new world taking the

place of the old.

global-scale breakdown, millions of forward-thinking groups and individuals have been

addressing the threats and challenges for many years.  This “waking up” is a positive

humanity with flexibility and creativity.  It  must be furthered and facilitated in all

than the scope of current efforts. It will be a case of ‘too little, too late’ unless the human

This must now be our top planetary priority. Failure to implement a worldwide shift in the

civilization and possibly to the demise of our species.  We acknowledge the real

If humanity is not to perish, as other species have that failed to respond to their changed

conditions, we must face and creatively cope with the unintended consequences of the

narrow and short-term thinking that has led to today’s unsustainable global situation. No

values and actions of the past. Only by engaging the human spirit in all its creativity and

potential wisdom can we give birth to the necessary new thinking and actions.

The currently dominant mode of thinking cannot be maintained any longer. We must

overcome the societal inertia generated by the powerful, self-destructive remnants of

bygone eras in order to prepare in each region, nation and community for systemic

disruptions and possible collapses. We must radically reconsider our view of the world

transportation, food, resource use and distribution, among others. We must act to extend

Every crisis harbors within it the opportunity for change and transformation. The ideas

and designs for the needed new systems, structures and technologies already exist.

of reality, our connections to each other and to nature. At the same time we are

technologies capable of paving the way toward global sustainability for human

communities and the environment.

sufficient time to avoid the ‘worst case’ scenarios - if we act now. Time is short and the

professions, associations, networks, organizations, and other groups, is essential to

ensure humanity’s survival on this planet.

advances a feasible whole-systems concept for the urgently needed epochal shift. It is a

‘Worldshift - a worldwide shift from a path of unsustainability, conflict and confrontation

to a path toward global sustainability, wellbeing and peace.’ The Report’s proposals for

achieving this Worldshift, together with the proposals of the Declaration’s signatories,

form an integral part of this document.∗

ACCORDINGLY, WE HEREBY ISSUE AN URGENT CALL to all the People and

all levels (local, national, and global) for the common good of all people and all societies,

and all life on Earth. 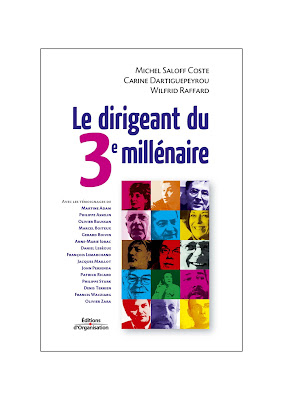